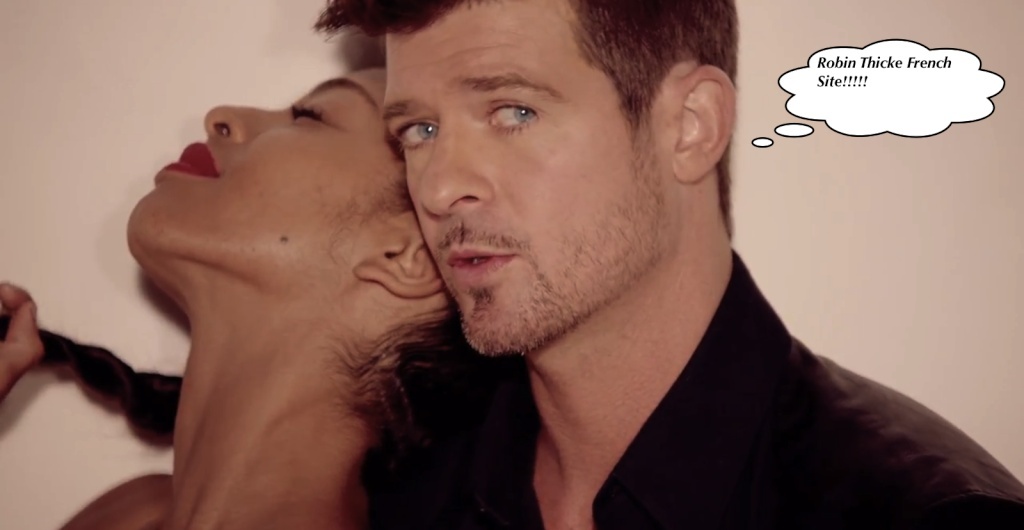 I'D HAVE TO BECOME A GIGOLO!

This is Robin Thicke. He's worked with Michael Jackson, Mary J Blige and Christina Aguilera and is now successful in his own right with new album 'The Evolution'. His music also has the power to contact the dead, or at least that's what we think he said when we chatted to him t'other day.

Hello, Robin Thicke. Since this is your first release in the UK, please introduce yourself.
I'm from Los Angeles and I've been making music my whole life. I had a record deal when I was 16, and I started writing and producing for other people. This is my second album; my first album 'A Beautiful World' was released in 2003. It was a critical success, but a commercial flop. And then I went through some really tough years of debt and depression, and that's what the new album, 'The Evolution', is about - believing in yourself when the chips are down.

Did you not just want to jack it in and carry on writing songs for other people?

It is easier to not be an artist, because you can hide behind other people. When you're the artist, it's like, 'This is how I look, this is how I sing, this is how I dance, this is what I believe in, what do you think of me?' That's why it can be so hard on the heart, because there's so many ways to be rejected. You just have to keep reminding yourself that you do it because you love it.

You were signed by the amazing Pharrell Williams for this album. What can you tell us about him?

Well, he's not your regular label head. He's a musical genius, so he doesn't really spend time in the office. He was a fan of my first album and when he was signing his new record label contract he asked about me. I played him some of my new music and he was like, 'I really wanna work with you, I wanna help you out.' He believed in my music and he thought it deserved a chance, so he helped get it out there.

And now you're the first white male to top the US R'n'B chart since George Michael. What's the best perk of suddenly becoming famous?

The people that I respect telling me they love my music. Or the fans telling me my music is getting them through tough times like their parents have just passed, and my music connects them to their lost ones. One lady told me she was being abused by her boyfriend, and she left him as my music was giving her strength. What's great about that is that it makes you feel like you're doing something that matters to somebody. That's why I try so hard to put on a great show every night - these people got babysitters, they got dressed up, they got their hair done, they waited in line, they paid for parking - they deserve something magical.

And if it all went tits-up tomorrow, what do you think you'd do for a living?
There's only two things I know how to do: make music and love a woman, so I suppose I'd have to become a gigolo, ha ha!